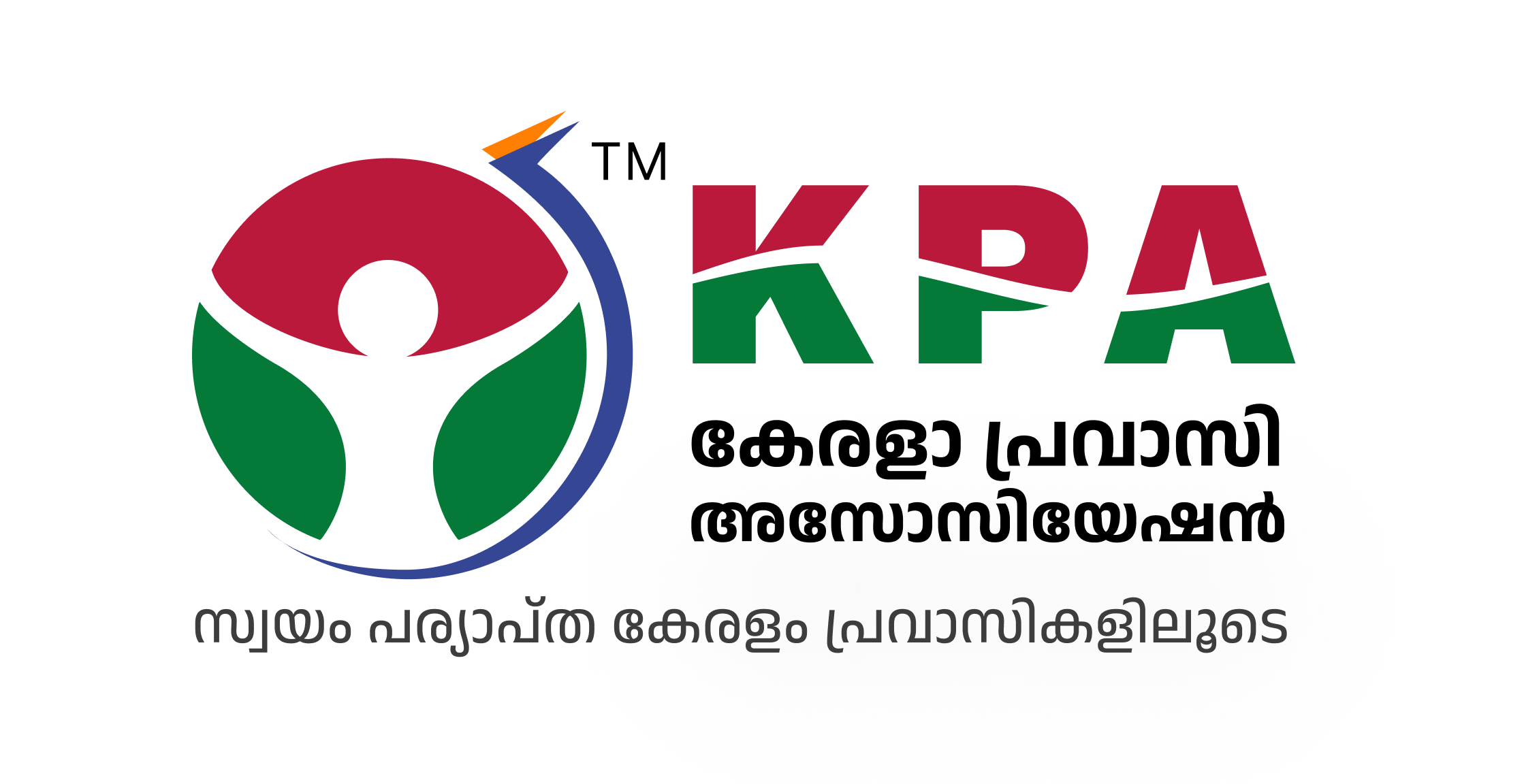 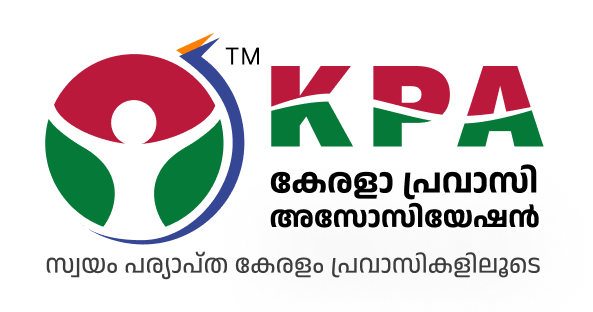 According to the United Nations, there are today 272 million international migrants in the world. Indians constitute 6.4 per cent of the world’s total migrant/expatriate population, i.e. 17.5 million migrants. If we include to this figure, those who have migrated to other states within India be it for work and other purposes, about 10  per cent of the total Indian population can be considered as expatriates.

Although the diaspora outside India accounts for only 1 per cent of the total population of 1.3 billion Indians, the diaspora contributes significantly to the Indian economy.

They are also an important part of India’s “soft diplomacy” or “diaspora diplomacy”. The trade relations between India and the Gulf countries are of significance to India’s economy.

Diasporas play an important role in the economic development of their countries of origin. Beyond their well-known role as senders of remittances to their family, relatives or friends, diasporas can also promote trade and foreign direct investment, create businesses and spur entrepreneurship, and transfer new knowledge and skills.

By strengthening national savings, capital formation and investments, new employment opportunities are created and this in turn contributes to the economy.

On a smaller scale, the money received by family members is used to meet their basic needs and open opportunities to invest in education and healthcare, among other things. At this time when India is going through economic recession, the contribution of diaspora in India’s GDP is very important.

According to the World Bank, the amount of remittances sent by expatriates to each country is an important criterion in determining the creditworthiness of that country to borrow more money. Since 1991, India has been a country of steady growth in remittances. India, the world’s largest recipient of remittances, received $87 billion in 2021, according to the World Bank. Remittances to India are expected to grow by 3 per cent to $89.6 billion in 2022 as a large number of returnees from Arab countries await their return.

Diaspora can play a significant role in shaping the economic, social and economic conditions of the country. The knowledge, skills, ideas, skills, technology and vision of India acquired by expatriates are invaluable. There is a platform for the expatriate community to utilize these skills.

The Kerala Pravasi Association aims to build a new self-sufficient India by addressing the diaspora’s welfare as a priority. In doing so, it not only protects the expatriate Indians but also provides India an opportunity to advance its objective of rising in global status.

The diaspora population, with their global perspective, experience with business ventures, considerable expertise, strength and energy to overcome any challenges, have a lot to offer to the growth of the economy.

The expatriate community while valuable, is equally vulnerable to severe exploitation, denial of rights and neglect by employers and sponsors.

When Indian Prime Minister, Narendra Modi visited the UAE in August 2019, it was 34 years after the visit of Indira Gandhi in 1981. This shows the extent of the neglect over the years as well as the transformation of India’s engagement with this Gulf countries over the years.
Successive governments and mainstream political parties do not legislate or protest against this neglect and denial of rights to the diaspora.

The central and state government do not maintain a comprehensive database of expatriates or have an accurate estimate of how many Indian citizens have left the Indian shores, where they are or what they are doing.

The rights of the Indian diaspora must be protected. A governing body that ensures their welfare, offering World Expatriate preparation cells, Expatriate recruitment centers, Expatriate training centers are all key to make the most of opportunities to the Indians.

HELP US GROW THIS MOVEMENT

The Kerala Pravasi Association (KPA) is an independent political party in India that is 100 % crowd-funded.

Become a member of Kerala Pravasi Association and join us in our mission to achieve a ‘Self-Sufficient and Self-Reliant’ new Kerala.

Kerala, a state that has not been home to large industries or other sources of economic income, have over decades been a major hub, exporting human resources from India to other countries. It is a fact that the Kerala’s economy is mainly dependent on remittances and deposits of non-residents Keralites.

The ‘Gulf Boom’ saw a mass migration of people from Kerala to the GCC states from 1972 to 1983, largely consisted of dominant indigenous ethnic group in Kerala. This migration continues to the present day, although in smaller numbers after the 2008 international financial crisis began to affect the GCC region.

According to NORKA, 40 lakh Malayalis out of a population of 3.48 crore, live or work abroad, with a large majority in the Gulf countries. If we include those working outside India and outside Kerala (in other states) and family members of expatriates, the expatriate community comes to more than one-third of Kerala’s population.

According to a report by the International Institute of Migration and Development (IIMAD), 89 per cent of migrants go to oil-dependent GCC countries as temporary workers, while highly skilled workers migrate to other developed economies of the world.

Kerala Migration Surveys spanning two decades show that migration from Kerala to the Gulf countries has been declining over the years. This is largely due to the cumulative effect of demographic change, decline in wages in the Gulf economies, rising wages in the domestic economy, decline in oil prices, and nationalization policies in the GCC countries.

Despite more Malayali job seekers in the Gulf countries seeking white-collar jobs, which are scarce, expatriate investment in banks in Kerala has been steadily growing. Investments increased from Rs 181,623 crore in September 2018 to Rs 236,490 crore in June 2021.

These number have the scope to grow however expatriate Malayalis often subject to severe exploitation, denial of rights and neglect at all stages of exile. These expatriates who have returned from the diaspora as well as their families suffer deeply as a result of this neglect and denial of rights.

The diaspora community, which constitutes more than one-third of Kerala’s population, contributes about 37 per cent to Kerala’s gross domestic product. The Covid-19 pandemic too took a severe toll on the immigrant population, when jobs and livelihoods were lost.

According to the Kerala government’s budget, 14.3 lakh migrants returned to Kerala during 2020-2021. This means that 1.4 million of the 2.1 million diaspora migrants returned during the pandemic. Although the numbers are uncertain, this return affects not only the domestic labor market, but also the families of these expatriates, at all levels of society, and ultimately the economy of Kerala.

The Kerala Pravasi Association was formed to oversee the welfare of our people, in this situation.

The Kerala Pravasi Association aims to build a Self-sufficient and Self-reliant new Kerala, by encouraging Pravasi participation and utilizing their global exposure, experience with business ventures, considerable expertise and confidence to overcome the challenges of the returning diaspora.

The Kerala Pravasi Association has been recognized as a political movement in India by the Central Election Commission under the Representation of the People Act, 1951 under registration number 56/071/2021-2022/PPS-I.

The activities of the Kerala Pravasi Association start from Kerala as the state contributes to the largest number of Indian expatriates globally and has an economy that functions largely by NRI remittances today.

KPA’s aims to implement the visions of expatriates in 36 areas related to the daily lives of the people of this country.

A “Kerala Pravasi Association Trust” has been setup and has started functioning each of these governing bodies with the help of persons who have the expertise in each sector.

Kerala Pravasi Association will operate as an independent political party in India 100 per cent crowd funded and is open to donations from people, which can be made through bank accounts, allowing transparency and presenting clear figures to the Central Election Commission.

Any Indian citizen holding ordinary membership, office bearers, candidates and those holding any office of the Kerala Pravasi Association is eligible for an Acrive Membership. One can apply for Active membership through the respective Ward / Panchayat / Municipal / Corporation / District Executives by paying a monthly subscription of Rs 50.

A Ward Committee consists of a minimum of 50 members and is headed by a President, Secretary and Treasurer. The ward committee coordinates the activities of the respective ward.

Panchayat/Municipal/Corporation Committees are the upper body elected by the President, Secretaries and Treasurers of Ward Committees.

The District Committees are the upper body elected by the President, Secretaries and Treasurers of the Panchayat / Municipal / Corporation Committee.

The State Committees are elected by the President, Secretaries and Treasurers of the District Committee.

If you want to know more, please email us

Learn more about our activities through social